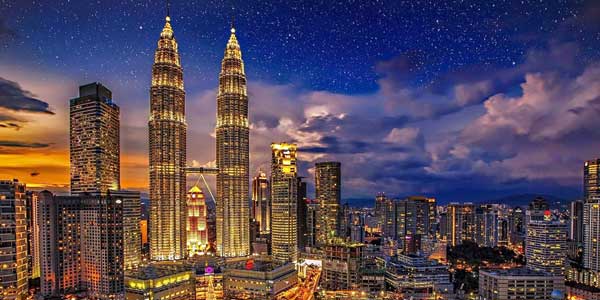 Malaysia is a country in Southeast Asia. The federal constitutional monarchy consists of thirteen states and three federal territories, separated by the South China Sea into two regions, Peninsular Malaysia and Borneo’s East Malaysia. Peninsular Malaysia shares a land and maritime border with Thailand and maritime borders with Singapore, Vietnam, and Indonesia. East Malaysia shares land and maritime borders with Brunei and Indonesia and a maritime border with the Philippines and Vietnam. Kuala Lumpur is the national capital and largest city while Putrajaya is the seat of the federal government. With a population of over 30 million, Malaysia is the world’s 44th most populous country. The southernmost point of continental Eurasia is in Tanjung Piai. In the tropics, Malaysia is one of 17 megadiverse countries, home to a number of endemic species.
Capital – Kuala Lumour
Currency – Ringit (RM)(MYR)
Calling Code – +60

After independence, the Malaysian GDP grew at an average of 6.5% per annum for almost 50 years. The economy has traditionally been fuelled by its natural resources but is expanding in the sectors of science, tourism, commerce and medical tourism. Malaysia has a newly industrialised market economy, ranked third-largest in Southeast Asia and 33rd largest in the world. It is a founding member of ASEAN, EAS, OIC and a member of APEC, the Commonwealth and the Non-Aligned Movement. 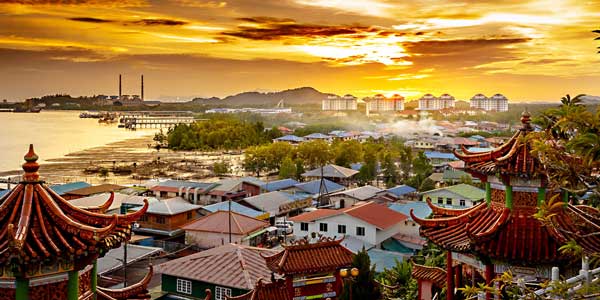 Malaysia is the 11th most desired study destination, according to a UNESCO ranking. Around 100,000 international students from over 100 countries come to the country to be a part of the education system in Malaysia. for their higher studies.

The country is a global education hub for offering an internationally recognized qualification with the most affordable cost, excellent infrastructure, modern facilities, amenities and student-friendly policies. The education system in Malaysia offers a wide range of study options is available in private higher educational institutions, foreign university branch campuses as well as public universities.

Higher Education system in Malaysia is categorized into 2 categories: namely the public and the private.